For a limited time, get the Planet Audio AC4000.1D ANARCHY 4000-watts Monoblock Class D 1 Channel 1 Ohm Stable Amplifier for only $108.99 (Reg. $420) at Amazon. You save 74% off the retail price for this amplifier. Plus, this item ships free. This is the lowest price we could find online by about $12. The Planet Audio AC4000.1D features continuously variable low-pass crossover, power & protection LEDs, remote subwoofer level control, heavy-duty set-screw-style terminals, and chrome-plated connections. Sales tax may be charged in some states. 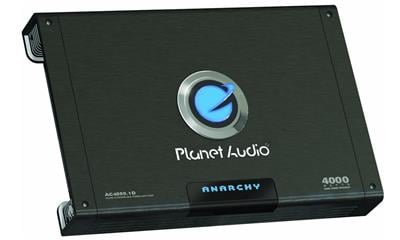 Class D Topology
A class-D amplifier or switching amplifier is an electronic amplifier where all power devices (usually MOSFETs) are operated as binary switches. They are either fully on or fully off. Ideally, zero time is spent transitioning between those two states. In this way, power loss is significantly reduced and making a D class amplifier anywhere from 75% to 95% efficient. To maintain high efficiency, the filter is made with purely reactive components (inductors and capacitors), which store the excess energy until it is needed instead of converting some of it into heat. Some other advantages include reduction in size and weight, reduced power waste as heat dissipation and hence smaller (or no) heat sinks, and reduction in cost due to smaller heat sink and compact circuitry.

MOSFET PWM (Pulse Width Modulated) Power Supply
Metal–Oxide–Semiconductor Field-Effect Transistor is a transistor used for amplifying or switching electronic signals. We use it in billions of them. In our computers, our telephones, game consoles, cars, electrical appliances and in this case, our Amplifiers. They are found in systems where information is processed or stored. A MOSFET is basically an electrical switch that allows the flow of electrical current. An electrical switch has two possible states, ON or OFF. This is where the MOSFET performs its most important role in our D Class amplifiers by allowing or preventing the flow of power and creating an efficient amplifier. The “Pulse Width Modulated” is a design that is significantly simplifies power supplies. It controls the output voltage and current precisely by not only removing the output current sensing loss, but also eliminating all secondary feedback circuitry. The PWM can increase efficiency, is lighter, smaller, can reduce total cost, productivity and system reliability.

1 Ω Stable
The AC4000.1D is a 1-Ohm stable amplifier which is able to continuously power loads of 1-Ohm X 1 channel without encountering difficulties such as overheating. Almost all car amplifiers are at least four ohm stable and some are two ohm stable. 1-Ohm stable amplifiers are typically made to power up subwoofers that demand the heavier power load requirements to be able to perform the way they were made to perform.

Variable Phase Shift
This function on the amplifier comes in handy for custom installations where you might need to have your speakers or subwoofers mounted the non-traditional way with the magnet facing out. You can set the Phase anywhere from 0 degrees to 180 degrees. What this does is that it reverses the polarity (Positive/Negative) on your subwoofer terminals which in turn reverse the direction of the low frequency boom that you are used to hearing.

Variable Low-Pass Crossover
Subwoofers reproduce sound based on a number of different low-range frequencies. This process is called the crossover effect and occurs because the vast majority of audio systems cannot cover the entire spectrum sufficiently to minimize sound distortion and maintain an appropriate frequency ratio. In the case of our AC4000.1D amplifier, a variable crossover is offered so that you, the listener, can have the ability to set the frequency at which the crossover occurs, thereby setting specific sound specifications for the bass frequency reproduction.

Variable Subsonic Filter
Subwoofers start to bottom out trying to reproduce low-frequency signals that are below their abilities to sound off. Bottoming out is more a mechanical problem and happens when the subwoofer driver reaches the limit of its excursion and creates a clacking or flapping sound instead of the low frequency entering its voice coils. If your sub is bottoming out, short of changing the driver into one that has better low-frequency handling, you can try the AC4000.1D which has a subsonic filter to filter out frequencies below its specified low frequency limits.

Strapping Capable
You are able to strap your AC4000.1D amplifier to another Anarchy class D amplifier and double the power that is being sent to your subwoofer(s). You now have the ability to connect more subwoofers to take advantage of the extra power. 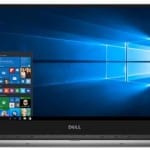 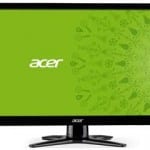