A few of the early Black Friday deals shoppers will love can now be found at eBay as they released their ad for early Holiday shoppers featuring deals up to 75% off retail prices. The seven (7) page early Black Friday ad features a wide variety of deals on electronics, cameras, toys, jewelry, shoes, tools and so much more. Launched in early November, eBay released their first set of deals. They will continue to release deals over the next few days.

We would assume extra deals not listed in this ad will be released during this sale, so you might have to check eBay frequently. Most of the items should ship free as well. As with most retailers, quantities are limited and may sell-out quickly.

For those looking to save on electronics and cameras, the eBay Black Friday deals will probably feature a few items you want. 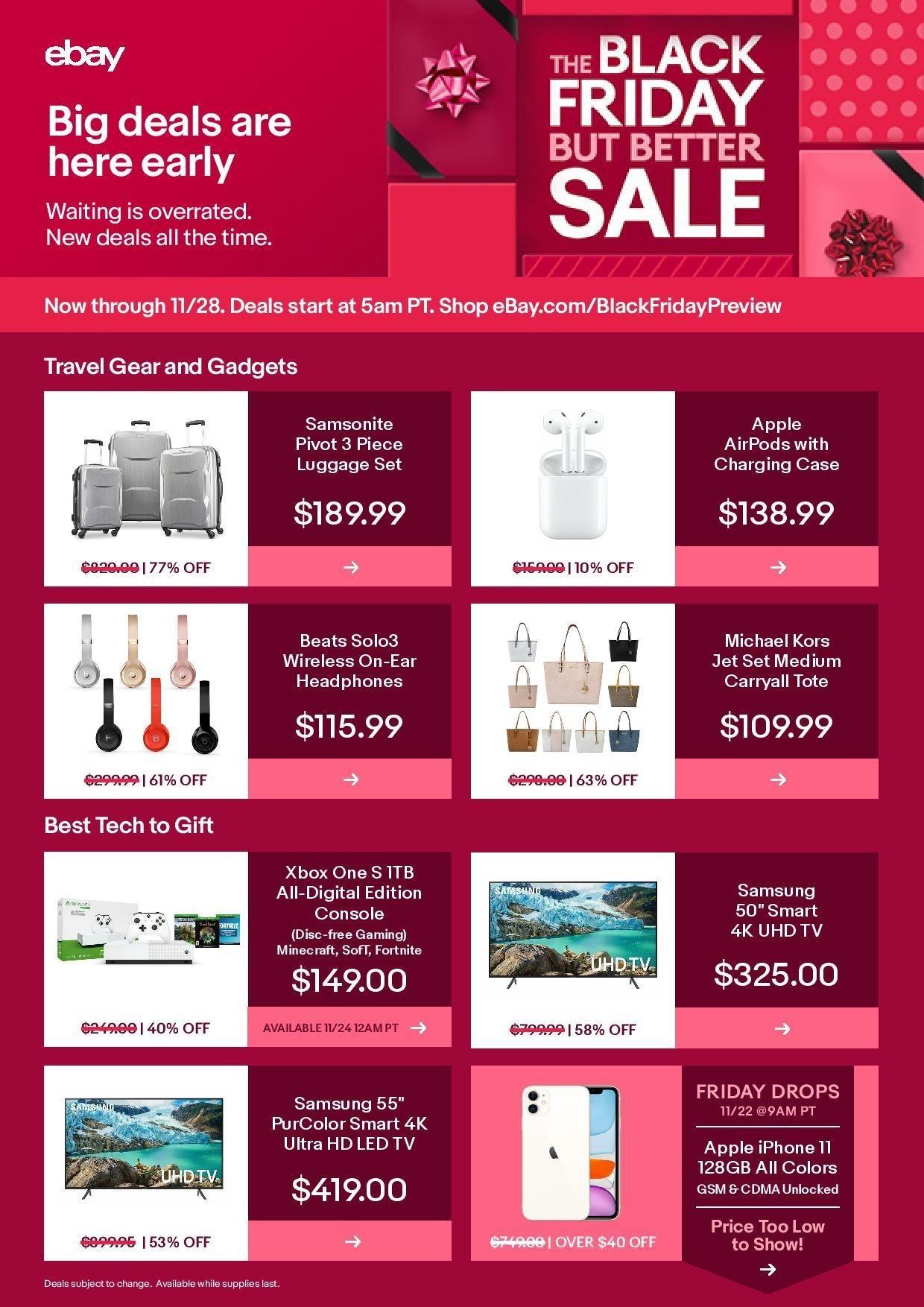 eBay is an online marketplace where users like yourself can sell used/new items or find popular products sold by the world's largest retailers.

Your password reset link appears to be invalid or expired.

To use social login you have to agree with the storage and handling of your data by this website.