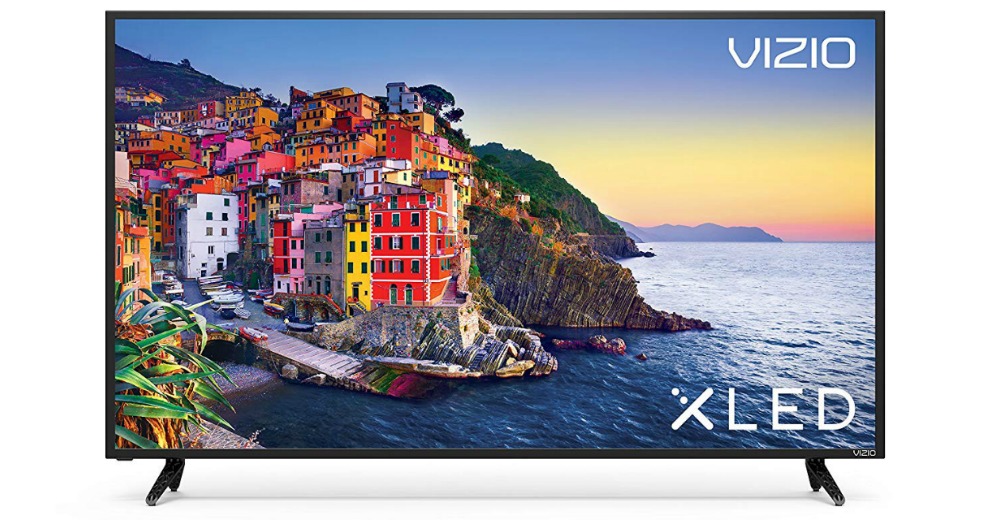 Cast Mobile Device Apps to the Big Screen: Simply tap the cast button in popular mobile apps to stream your entertainment to the big screen. No new logins or downloads.

Chromecast Built-in: Select from more than 200,000 shows and movies, more than 30,000,000 songs and radio stations, sports and games with thousands of apps to choose from, including Netflix, HBO Now and Hulu.

Works with the Google Assistant on Devices Like Google Home: Control your VIZIO SmartCast displays using just your voice. Stream Netflix, YouTube, and more with a simple voice command. Play, pause, or turn up the volume all without lifting a finger.

Your Phone, the Ultimate Remote: Download the VIZIO SmartCast app and use your phone to control your E-Series—power on/off, adjust the volume, switch inputs, play streaming entertainment and much more—from any room in your home.

4K Ultra HD Picture: Enjoy every scene in breathtaking detail and clarity, thanks to over 8 million pixels and 4x the resolution of 1080p Full HD.

Cast from Your Phone, Tablet or Laptop: Connect to the same Wi-Fi network and cast from your Apple iPhone® or iPad®, Android phone or tablet, Mac or windows laptop.

Mirror Content on the Display: If you want to access an app that isn't Cast-enabled, you can display what's on your Android phone or your laptop's Chrome browser on the big screen.

Customize Your TV Screen: You can display personal pictures from Facebook or Flickr or professional photos from 500px or Getty Images.

All-New Remote Included: Easily set up and control your VIZIO SmartCast™ display with the included remote. With simple access to the on-screen menu, you can use the remote to adjust all basic and advanced menu settings.

Ambient Light Sensor: Intelligent backlight sensors automatically adjust to surrounding brightness for a great picture in virtually any level of lighting in the room.