This Boy Meets World: The Complete Collection on DVD originally $99.98 drops to $39.99 at Groupon Goods. You save 60% off the retail price for this TV series on DVD. Plus, this item ships free. This is the lowest price online by about $2. For a limited time, use the coupon code EXTRA to save 10% off the deal price for this item (expires 8/18). The 22-disc collection features all the episodes from this popular television series. Sales tax may be applicable in some states. 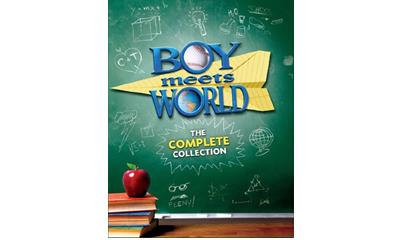 Boy Meets World features your average teenager Cory and his rambunctious best friend Shawn and brainiac Topanga. With a next-door neighbor Mr. Feeny who doubles as a teacher that constantly keeps him on his toes and the the support of his loving parents and his brother Eric, Cory goes through the trials and tribulations of growing up. Follow the gang as they learn, grow, and go through hilarious adventures in this heartwarming series.