Get the complete set of the hit TV show, Friends, on Blu-ray for only $54.99 (reg. $144.99) at Best Buy. You save 62% off the retail price for this blu-ray box set. Plus, this item ships free. This is the best price we could find online by about $15. The Friends: The Complete Series features 10 seasons of original broadcast episodes. Sales tax is charged in most states. Deal expires April 24, 2020. 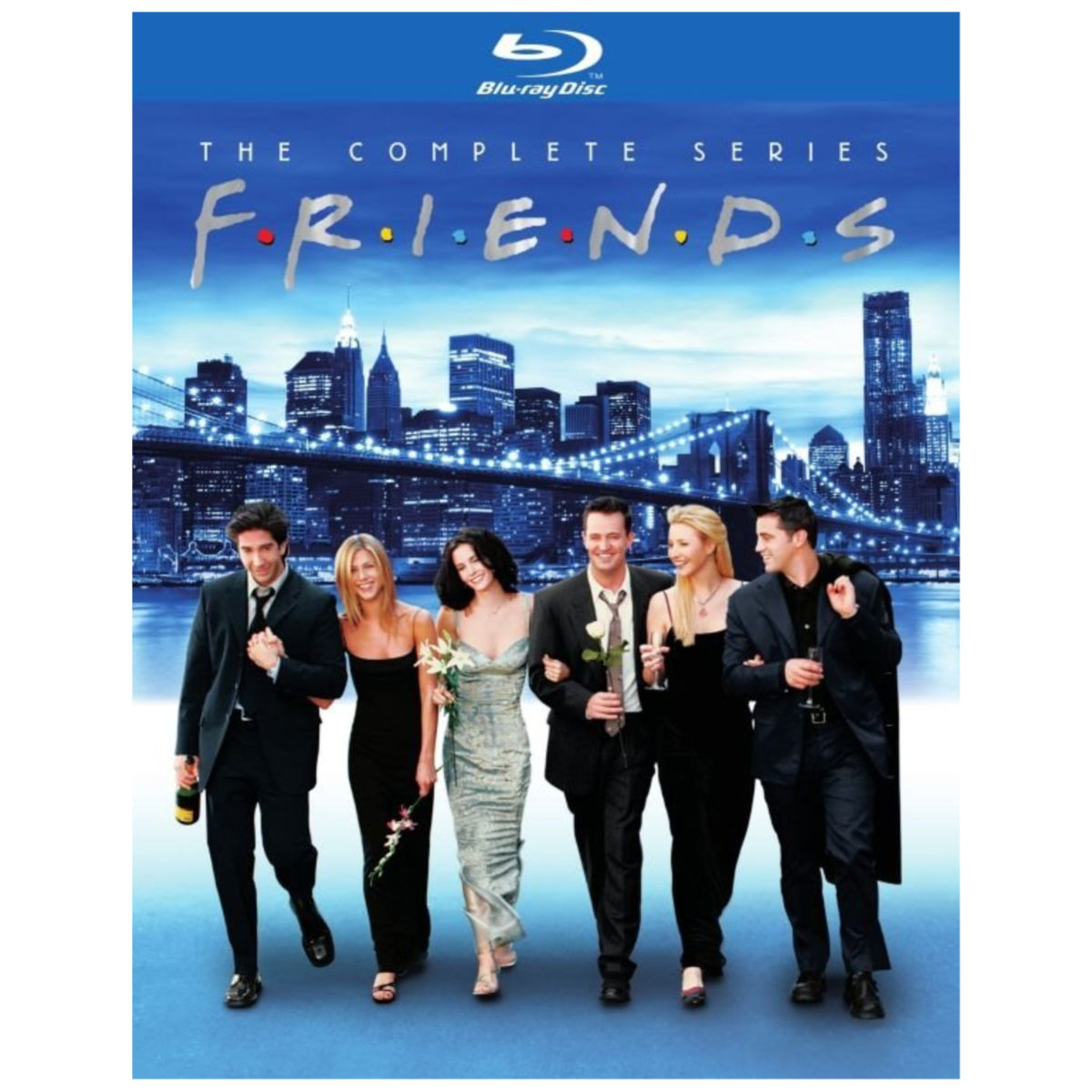 The first season of Friends could easily have been retitled "Getting to Know You," as all the soon-to-be-familiar characters, and their equally soon-to-be familiar interrelationships, were swiftly and economically established. In the opening episode, Rachel Green (Jennifer Aniston) abandons her "Mr. Potato Head" spouse at the altar and moves in with her former high-school friend Monica Geller (Courteney Cox) in Monica's spacious New York loft apartment. Not long afterward, we meet Monica's brother, Ross (David Schwimmer), who is down in the dumps because his ex-wife, Carol (Jane Sibbett), has not only declared herself a lesbian, but will soon be giving birth to his son (named Ben), whom she and her partner intend to raise without any of Ross' help. Also, we are treated to the first of aspiring actor Joey Tribbiani's (Matt LeBlanc) dead-end "big breaks" when he is hired as Al Pacino's stand-in. Finally, airhead Phoebe Buffay (Lisa Kudrow) is given the opportunity to perform her treacly folk songs at the gang's favorite hangout, the Central Perk coffeehouse -- only to have her debut spoiled by a citywide power blackout. In other developments, Ross "adopts" a monkey named Marcel; Joey briefly falls for Phoebe's mean twin sister, Ursula (also played by Lisa Kudrow); and Joey's roommate, Chandler Bing (Matthew Perry), betrays a confidence by informing Rachel that Ross has a crush on her. A solid hit from the moment it left the starting gate, Friends wound up its freshman season as the eighth highest-rated program on American television.~Hal Erickson
Model: 883929603824