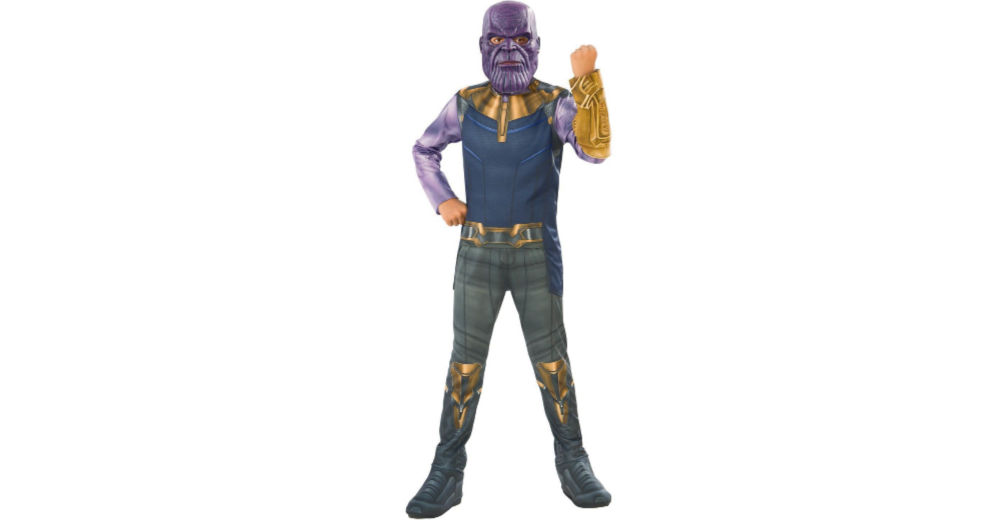 There is perhaps no one stronger than the almighty Thanos. The Marvel Avengers faced the Infinity War and Thanos was perhaps one of the most important members of the entire group. Thanos has appeared in The Avengers as well as Guardians of the Galaxy and is now one of the members in the ever so popular, Infinity War. This Marvel Avengers Infinity War Thanos Boys Costume includes a jumpsuit with boot tops and a mask. Firstly, the jumpsuit has tremendous detail that is impressive, realistic and will give your son all the power he could ever imagine in one costume. Childrens imaginations are one of the most powerful things in existence, and with a costume like this, your childs creative mind and imagination will be set free. The powers of Thanos will be preciously handed to him once he steps into this full body jumpsuit. Also, there are boot tops that come along with the costume and cover his shoes to give the costume that much more added authenticity. The mask however, is probably the best part of the costume as a whole. Thanos is known for being one of the most distinguishable characters out of all of the Avengers. His signature look is one of the most creatively drawn characters, as well as a character who portrays status just by how he is presented. Put on this mask and display the true power of Thanos in all of his glory. Buy the costume today and let your son be his favorite superhero for the day, hell thank you for it.
Model: R641055