This Hasbro DreamWorks Trolls Poppy’s Wooferbug Beats originally $19.99 dropped to $15.97 and then again to $4.97 at Walmart. You save 75% off the retail price for this doll musical toy. Add extra for shipping or receive free shipping when you spend $35+. This is the lowest price we could find online by about $7. The DreamWorks Trolls Poppy’s Wooferbug Beats includes 1 figure, 1 bug with sound, 4 Fuzzy Flair shapes, and 1 set of headphones. Sales tax is charged in most states. Deal expires soon.

DreamWorks Trolls Poppy is a heroic leader, lifting the spirits of everyone around her with positivity and the belief that, with a song in your heart, you can do anything! Kids can imagine traveling and singing around town with DreamWorks Trolls Poppy's Wooferbug Beats set. Pretend to spin a DJ set with Poppy and her musical critter -- press the orange disc on the sound board to play a song from the movie. Press it again while the song is playing to overlay DJ effects. Decorate the Wooferbug and Poppy's hair with the 4 Fuzzy Flair pieces. Get ready to move your hair and dance to the beat! 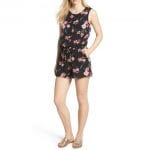