Amazon has the LEGO City Cargo Train 60198 for only $150.64 after a price drop from $229.99. You save 35% off the retail price for this building toy. Plus, this item ships free. This is the lowest price online by about $30. The LEGO City Cargo Train 60198 includes 1,226 LEGO pieces that assemble into a cargo train complete with four cars, a control center, armored truck, forklight, and rail tracks. Sales tax is charged in most states. Deal expires soon. 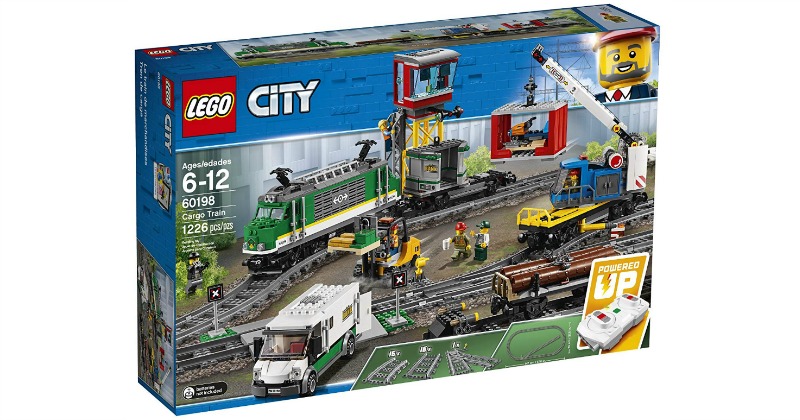 Inspire kids to create their own locomotive world and load up the powerful LEGO City Cargo Train to deliver goods in time for Christmas! This electronic toy train and tracks set features a motorized engine with 10-speed Bluetooth remote control, accessible driver’s cabin, a crane wagon with rotating and extendable boom arm, container wagon with 2 containers, and a log wagon, plus an armored truck with opening doors, and a forklift toy with opening roll cage and lifting forks. Also included are a full circular track with 16 curved rails, 16 straight rails and a railroad switch with lever, plus a control center with ladder and 2 buildable pallets with money bills, gold bar elements, a snow cat, snow mobile and 6 LEGO minifigures, including train workers and a thief. Kids can customize their trainset builds and also be the conductor of their own original story!
Model: 6253562