Walmart is currently offering this LEGO Friends Dolphins Rescue Mission 41378 for only $31.99 (reg. 39.99). You save 20% off the retail price for this LEGO building toy set. Plus, this item ships free over $35. This deal price matches the lowest price we could find online. The LEGO Friends Dolphins Rescue Mission 41378 features a submarine toy, underwater scooter, shipwreck, and mini island. It also includes 2 mini-doll figures (Stephanie & Kacey) and 2 dolphin figures. Sales tax is charged in most states. Deal may expire soon. 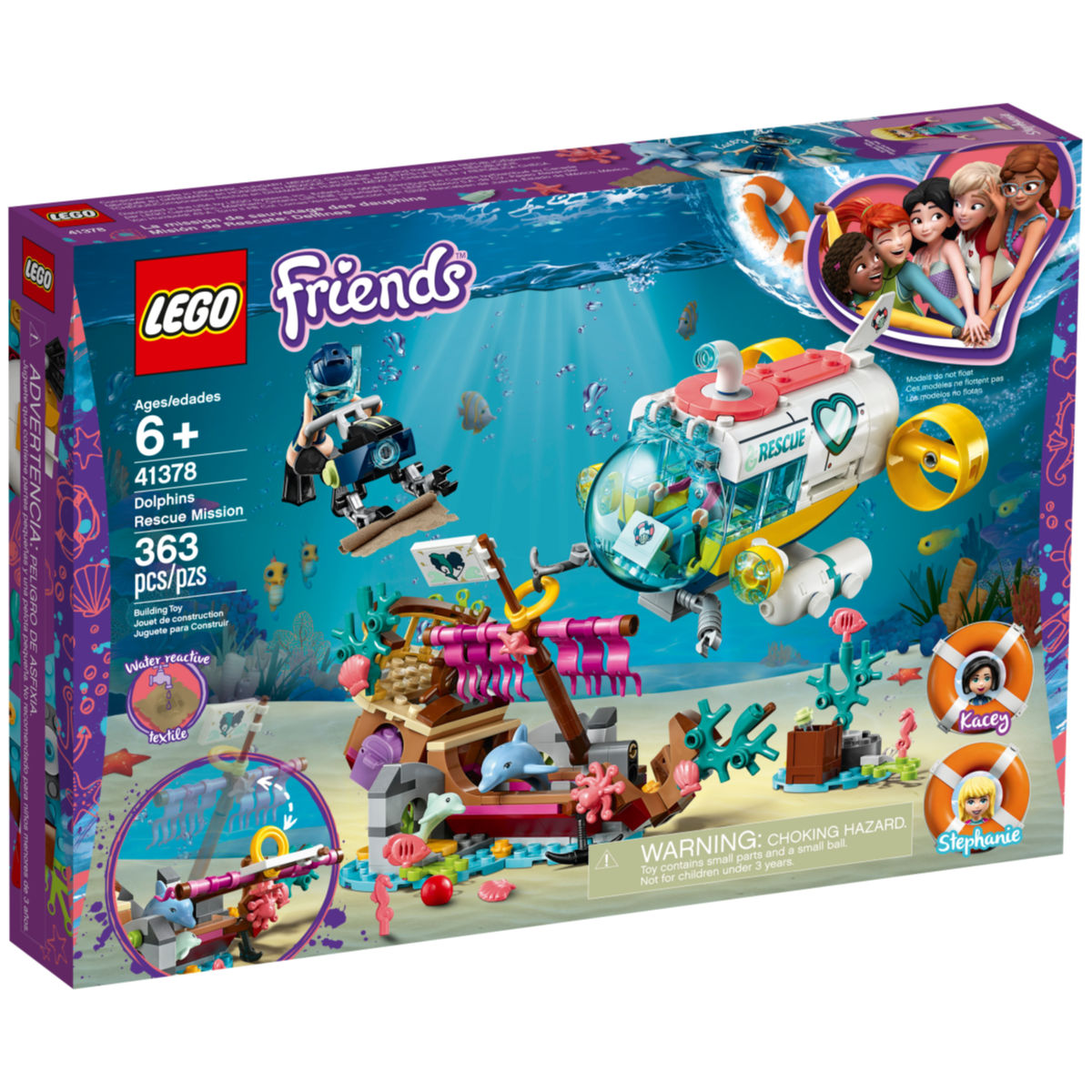 Little builders can get immersed in a race to rescue a trapped dolphin in a submarine and find the hidden treasure with LEGO Friends 41378 Dolphins Rescue Mission building toy. This sea toy allows kids to act out an underwater LEGO rescue mission as Stephanie dives in her cool submarine toy ship to free a stricken dolphin from a shipwreck. The shipwreck's mast is hinged so Stephanie can lift it with the grabbing arm of her craft. A hidden gem-filled treasure chest adds another dimension to this construction toy's action, as does the textile pirate’s map that reveals secret information when brushed with water. While there is no certainity to who will find the map first, the only certainty is the fun any Friends fan will have with this pirate treasure hunt toy!
Model: 41378